As people celebrate St. Patrick’s Day the world over, it might be worth considering Ireland as a climbing destination. Sure, the weather isn’t great, but in-between the rain, Ireland has some world class climbing to offer.

With a strong traditional ethic regards bolting, you’re not going to find many sport routes. But if trad and bouldering are enough to keep you satisfied, there is plenty of excellent rock on offer.

Most Irish climbers refer to Ireland as the entire island, as opposed to the two separate countries contained within that island. Climbers tend to stay out of politics and climb where they want on the island, but if you’re travelling there, it’s worth being aware of the political sensitivities of the two countries, so as not to offend any locals. However, climbing in both Northern Ireland and the Republic of Ireland come under the one overseeing organisation, Mountaineering Ireland, with climbers north and south of the boarder cooperating for the benefit of the sport.

end to great day. it took 6 hours to climb the route. I had looked at the line last year and all through the winter i was dreaming about fairhead and coming back to climb this.

With that in mind, what is widely considered the best trad crag on the entire island is located at Fair Head, Co. Antrim. This 5km (3 mile) expanse of climbable rock rises 196m above the sea, with routes of one to four pitches. The dolerite formation offers sustained crack climb with “gear on demand” on easier routes, and offers up everything else from off-widths, dihedrals and gearless death slabs.

Although access can be a bit of a pain, Fair Head offers up some world class bouldering along the base of the crag. Huge boulders the size of busses lay in a jumbled field which stretches all the way along the base of this crag, offering massive opportunity for the first ascensionist. The landings can be sketchy though; falling onto a mat perched precariously on top of another boulder that would be considered a micro route in its own right, isn’t for the faint hearted.

'The Fair Head Meet' from Tops Off 4POWER on Vimeo.

Although a massive crag with huge potential, climbing at Fair Head remained fairly underdeveloped for many years. Due to it’s remoteness, and access being at the discretion of local landowners, Fair Head was slightly overlooked by Irish climbers in the past. However, in recent years, some of the local strongmen have gone to great lengths to increase its popularity as a climbing destination, not only putting up mega hard lines, but also establishing the Fair Head Climbing Meet every June, an event which is growing in attendance year on year. The meet is generously hosted by a local landowner with access to the crag, with whom the locals climbers have built a great relationship over the years. The most recent Fair Head guide book boasts over 400 trad routes ranging from Severe to E8, with harder lines being put up since its publication.

Pulling my best blue steel...Pat Nolan took this pic of me soloing the first ascent of Long Runs The Fox E9 6c at the Head... Check out my blog for a wee bit of an update on the Norn Iron rock scene... www.rickybel-fast.blogspot.co.uk #scarpa_uk #dmmclimbing #marmotforlife #strongonslabs #marmotmountaineurope

The Fair Head meet is so well renowned, and the climbing so bold, it has attracted the attention of free-soloist Alex Honnold, who will attend in 2016.

Check back tomorrow for another top Irish climbing location. 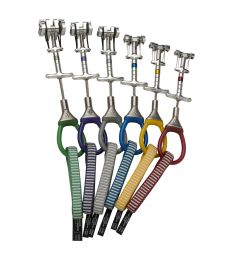 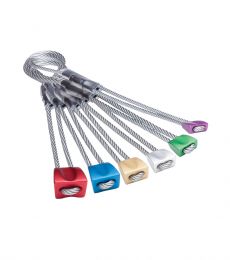 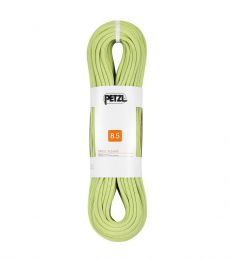